Q4 2010 brought a big milestone to the mobile industry: smartphones outsold PCs for the first time ever. And that’s not even taking into account tables and iPods that provide similar functionality. In short, mobile devices - or “post-PC devices”, as Steve Jobs calls them - are hot stuff right now.

However, it’s easy to get lost and confused by all the devices and even by all the mobile operating systems we can choose from. Apple is certainly leading this new revolution with the iPhone and the iPad, but other software and hardware companies are trying their best to catch up and capture our imagination.

Last Summer I started blogging at Mobitel Tehnik, a blog about mobile technologies, on which my posts (in Slovenian) mainly cover news and tips related to mobile app development. As part of my assignment, I’ve been using and following the development of some of the recently most popular smart mobile operating systems on the market.

That is why I’ve decided to sum up some of the thoughts and experiences I’ve had with various platforms on my blog in two parts: in the first part, I focus on introducing facts and my personal experience with 3 of the most talked about smartphone operating systems: Apple’s iOS, Google’s Android, and Microsoft’s Windows Phone 7. And in part 2, I will try to imagine the potential of using iOS, Android and WP7 mobile devices in classrooms.

Ok, so let’s take a look at the facts and my personal experience with each of the three platforms first.

iOS: It’s all about beautiful apps

Basic facts: Apple’s mobile operating system that runs on iPhones, iPod Touches, iPad and Apple TV - all Apple devices. Launched in June 2007, current version 4.2. Got its application store, the App Store (tied with the iTunes Store), in July 2008 and now features over 350,000 apps.

The experience: Unfortunately, iPhone isn’t officially sold in my country (the only blank spot in Europe!), so I’ve been using iOS on my 2nd generation iPod Touch. Truth be told, I don’t really use it as an iPod that much - my primary iPod used mainly for running is the new iPod Nano. The iPod Touch is, however, my mobile device of choice for browsing and apps. I use it to play various casual games like Bejeweled Blitz, Fruit Ninja and Tiny Wings (my current favorites), manage my shopping list with ShopShop, plan my runs with Runner’s World SmartCoach app, rate my favorite Movies, and much more. 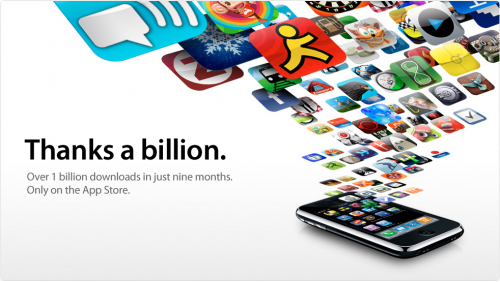 And I’m just in love with iOS apps! The App Store provides great choice of both free and paid apps, and it’s really easy to discover beautiful new apps. It’s the kind of store where you buy a $2.99 weather app just because it’s sooo pretty.

The magic behind the App Store lies in detailed guidelines and excellent developer tools that make it easy to have good looking apps even if you use just the default UI elements provided by Apple. Yes, a lot of people complain about the strict App Store approval process, but from the user perspective, it pays off to have a store full of quality and well tested apps.

Android: It’s all about opportunities and promises 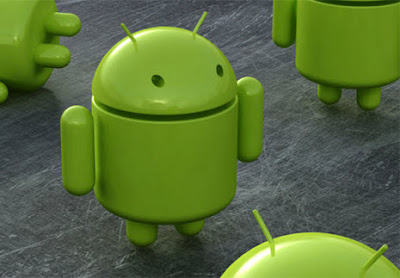 Basic facts: Usually thought as the biggest iOS competitor, developed by Google and other members of the Open Handset Alliance. Launched in October 2008, current version 2.3 Gingerbread, although the majority of users currently still runs version 2.2 Froyo. Android runs on all sorts of smartphone and tablets devices in various price ranges. The devices are made by different manufacturers, which also provide their unique user interfaces (such as HTC Sense, Samsung’s TouchWiz etc). The Android application store, Android Market, launched in October 2008 and now features over 250,000 apps.

The experience: Ah, dear Android. The joy and love of the tech crowd. The supposedly “open alternative” to Apple’s evil walled-garden. And, more often than not, quite irritating to use.

I’ve used Android on several HTC devices (Desire, Legend, Wildfire) and the overall look and feel is quite good. The hardware was good, but what annoyed me to no end, was the need to constantly fiddle with settings and other details of the software. And the regular need to reboot, which reminded me of what it was like to own a PC.

All in all, it was usually nothing huge per se, but there was always that tiny little detail that required your attention and sometimes got your head scratching. Like the mystery of why apps that I had never used (e.g. Stocks, Music, News) were always running in the background.

Speaking of apps. Sure, in theory it does sound wonderful that Google lets almost anyone publish apps on the Android Market. But in practice? The Market is flooded with poorly designed apps. And as Android Market works with Google Checkout, which is not supported in my country, I was stuck on using free apps only.

Then, the games… just not comparable to iOS games. And sure, the gaming aspect is supposed to be improved with the next big release - and that is basically what we keep hearing all the time. “The next Android update will kick iPhone’s ass!” Anyone else got tired of waiting for the savior?


Ok, I’ve got to be fair - Android does have a few strong points as well. I loved the integration with Google services, particularly Google Maps. And the WiFi Hotspot app (for tethering), introduced with the Froyo update, was awesome. And oh, I really liked HTC’s weather widget on the home screen!

Wondering why I’ve been using the past tense here? Ah, that’s because I’ve been using Windows Phone 7 as my primary phone OS for a couple of weeks now, and I honestly don’t miss Android all that much.

Windows Phone 7: It’s all about the simple experience 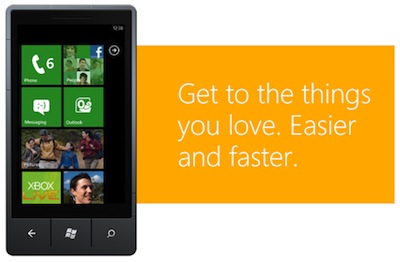 Basic facts: The new kid on the block, even though it’s the successor of the ye olde Windows Mobile platform. Microsoft decided to get a fresh start with Windows Phone 7 and introduced a radically different user interface and no backwards compatibility with previous versions of Windows Mobile. WP7 launched in October 2010 and has yet to receive a major update (expected to be released soon-ish). Like Android, WP7 runs on devices by different manufacturers, but Microsoft sets the hardware requirements for WP7 phones and doesn’t allow major modifications of the user interface, so all WP7 phones have a consistent look and feel (unlike Android phones). Its applications store, the Windows Phone Marketplace, launched with the release of the first phones in October 2010 and now features over 8,000 apps.

The experience: This may come as a surprise to those of you that know how much I love using a Mac - I actually enjoy the Windows Phone 7 experience. Yes, me, enjoying a Windows product! Shocking, I know.

But I think Microsoft did the smart thing by dropping the outdated Windows Mobile legacy platform and focused on a fresh, unique mobile experience. It’s a mobile OS that tries to help users do what they’re supposed to be doing without getting in the way.

Coming from Android, the contrast can be quite stark at first. But after a while, you just sit back and enjoy the ride. No need to worry about turning the GPS on and off manually. If an app, such as Maps, needs it, it will turn it on and then off again when you’re done.

The home screen with live tiles makes it easy to see important information on the go, and the OS uses hubs to bundle key content and media together. For instance, the People hub brings together your contacts and their Facebook updates in an attractive panorama view. Plus, it can also sync music, photos and videos with your computer and there’s even a Windows Phone 7 Connector for Mac OS X that can sync content from iTunes.


However, it must be noted that WP7 is still a version 1.0 OS, so there are “a few” bugs and oddities that will have to be sorted out. Similarly, the Marketplace is still only a few months old, so the selection of apps isn’t that great. For instance, there is no Dropbox or Evernote app, and I miss more apps from Google, particularly Google Maps - WP7, not surprisingly, has Bing Maps integrated and the app just doesn’t work as well as Google’s.

And just like the Android Market, the Windows Phone Marketplace doesn’t allow purchases from my country, so I can’t really enjoy any of the cool game titles already available in the application store. You do however get the option to Try out a lot of the paid apps and games, which is a really cool feature.

And the winner is…

One thing is for sure - while similar on paper, iOS, Android and Windows Phone 7 provide quite a different user experience. Which one is best? Well, it really depends on what you’re looking for.

iOS is certainly a more solid platform with an amazing selection of apps, which isn’t surprising considering it was the first to launch. Android is perfect for geeks that enjoy fiddling with their devices. And WP7 is cute, but needs to grow up a bit more and get more developers interested in making good apps.

For me, iOS is certainly the first choice. It’s simple, yet mature enough to provide all the extra goodies (such as tethering). WP7 is also an OS that I could see my grandpa using, as he probably wouldn’t miss any of the yet missing apps. And Android is a solid choice for everyone that is bothered by Apple’s “closed” system and is looking for variety in hardware, but not something I’d recommend for the average user.

What does it all mean?

So, we have at least three platforms that will be running smartphones and tablets of our future. And we keep hearing the future will be mobile, which also means we can expect the big mobile operating systems to find their way into our classrooms and be used as teaching tools. I therefore invite you to join me in part 2 to explore which of the 3 platforms might have the biggest potential for learning.